It’s a hat trick! For the third year running, the Star Tribune has named the League of Minnesota Cities to its Top 150 Workplaces in the state, and we couldn’t be more honored.

What makes it perhaps most special is that Top Workplaces recognizes the most progressive companies in Minnesota based on employee opinions—measuring engagement, organizational health, and satisfaction. So what is it that our staff like best about working at LMC?


So thank you—to the Star Tribune for this recognition, to our leadership and board for creating a supportive culture in which staff can thrive, to our employees for showing up as engaged and committed as you do every day, and to our member cities for allowing us to work with you in making our communities great places to be!

Posted by MNCities Blog at 10:14 AM No comments: 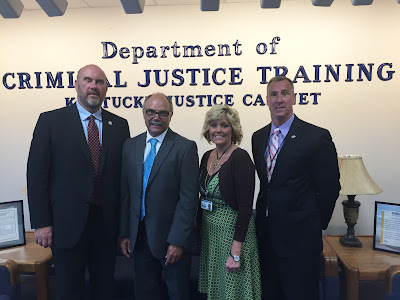 Rob Boe, public safety project coordinator, traveled to Kentucky earlier this month to spread the word about the League of Minnesota Cities Insurance Trust's Training Safety Officer program. The Training Safety Officer (TSO) Program is designed to reduce the injuries associated with police training while maintaining training intensity. Rob got a chance to train 60-65 officers, deputies, and instructors at the  Kentucky Department of Criminal Justice Training on TSO as well as the "Stretch 'N Bend" program.

"Now that I look at it, we all look a little tired at the end of the day," says Rob about this snapshot. Hey, that's the sign of a job well done, right?

Thanks to our Kentucky friends for being great hosts and attentive learners. Visit the On the Line blog to see more about Rob's adventures in public safety, and visit the League's website to learn more about the Training Safety Officer Program. 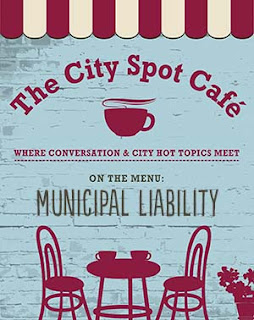 What you need to know about coverage for municipal liability, served up by the LMC Research and Information Service team.

Definition: “Municipal liability” means that in some instances, cities might have responsibility for injuries or losses to people or entities caused by an act of either the city or one of the city’s officers, employees, or agents while performing their duties for the city.

In the news: Notable settlements or verdicts against municipalities demonstrate the range of potential financial exposure to cities. Examples include an award to a former job candidate for a botched hiring process; a jury verdict to a student for a head injury on a playground; and a $2.85 million settlement against a city for a police officer’s alleged use of unreasonable force. It quickly becomes clear that the potential financial burden of cities getting sued can boggle the mind.

On one hand: In many instances, statutory protections, called “immunities,” result in judges dismissing lawsuits against cities and city employees. Also, statutory caps on damages reduce potential financial exposure of cities. For example, for certain types of claims, a city’s total liability generally will not exceed $500,000 for any single claim, or $1,500,000 for all claims arising from the same incident. Also, the law specifically prohibits punitive damage awards against cities, which are additional money damages in excess of the loss amount intended just to punish.

On the other: Statutory immunities do not always apply. Even in those instances when statutory protections do apply, cities still can incur significant costs, fees, and loss of time in defending the lawsuit up until the time of dismissal. Many cities would find a jury verdict or settlement in an amount up to the cap financially daunting as well.

League position:  Cities maintain offices and facilities that the public visit every day. Cities employ a number of people who drive official cars and trucks. Cities hire and fire many types of people for a variety of jobs. Although no state statute requires a city to get casualty or property insurance, when considering all the moving parts in city government, and adding in general human fallibility, protecting against potential debilitating financial liability seems like a darn good idea. The League of Minnesota Cities Insurance Trust (LMCIT), a self-insured membership cooperative formed in 1980 by Minnesota cities, exists solely to meet the risk management and coverage needs of Minnesota cities. LMCIT structures liability coverage differently than private insurance companies typically do to make it the best option for cities. For example, LMCIT uses a single coverage document, rather than issuing separate policies to cover general liability, errors and omissions, police liability, and so on. When a claim is justified, LMCIT can evaluate the claim and issue a payment, because it’s the right thing to do.

Bottom line, LMCIT knows cities and municipal issues and, as a result, crafts programs with cities in mind. We know the importance of keeping our members informed, and we want to hear from you throughout the claim process, including resolution.

This information has been compiled by Pamela Whitmore, staff attorney with the League of Minnesota Cities. Contact: pwhitmore@lmc.org or (651) 281-1224

This blog post conveys general information. It’s not legal advice. Please check with your city attorney before acting on this information.
Posted by MNCities Blog at 2:51 PM No comments:

Posted by MNCities Blog at 12:44 PM No comments:


Posted by MNCities Blog at 8:50 PM No comments: 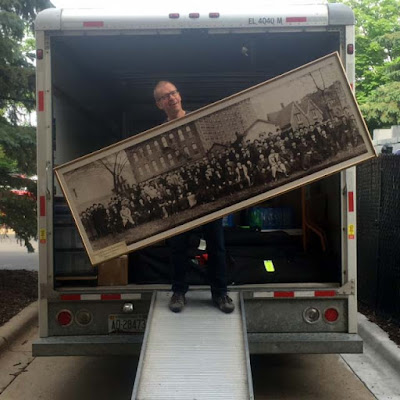 Member Services Director Kevin Frazell was spotted yesterday loading final items into the Annual Conference-or-Bust truck o' dreams. The truck's contents (and Kevin) have made their way to the RiverCentre for today's pre-conference activities. Yup, the hours are ticking down to the kick-off of the Future-Ready Communities: 2016 League of Minnesota Cities and Alliance for Innovation Annual Conference!

Photo courtesy of League staffer Jamie Oxley
Posted by MNCities Blog at 11:47 AM No comments:

Are You Excited? The Future-Ready Communities Conference Is Days Away 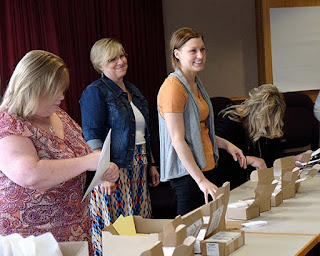 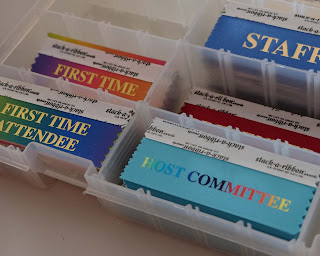 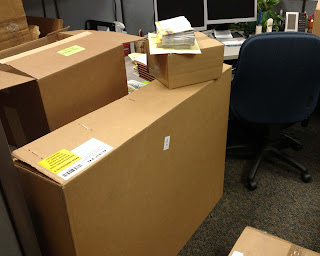 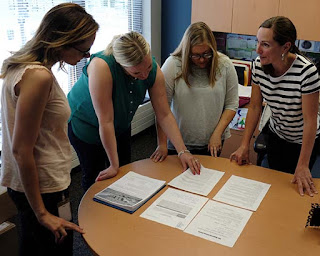 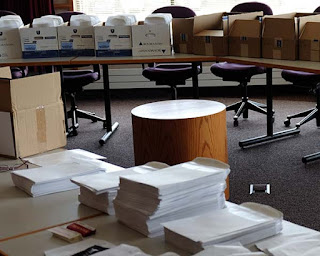 The TLG-LMC Super-Powered Something-for-Everyone Conference is days away! (OK, that's not what it's really called. Don't tell marketing.)

We're going to be seeing hundreds of your smiling faces at the Future-Ready Communities: 2016 League of Minnesota Cities and Alliance for Innovation Annual Conference next week, and League offices are humming with activity. The conference app is live. Boxes are being packed. And the vibe is GREAT. But we're not there yet ...

So whether you are from the smallest of the small or the farthest of the far, please know that what you are bringing to the conference, yes YOU, is the final piece we need to pull this off. Bring your questions, bring your ideas, bring your ice breakers, and let's Do. This.