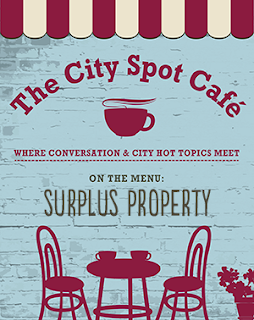 What you need to know about the new surplus property donation law right now, served up by the LMC Research and Information Service team.

Definition: Have you ever put an item in the classifieds only to hear crickets? What did you do next? For most people, usable goods with little demand end up being donated to a nonprofit. But for cities, that option hasn’t been allowed by law. For the purposes of this discussion “surplus property” (the stuff in the metaphorical cardboard box) is defined by statute as “equipment used by a local government public works department, and cellular phones and emergency medical and firefighting equipment that is no longer needed by the local government because it does not meet industry standards for emergency medical services, police, or fire departments or has minimal or no resale value.”

Plain-language explanation: Trucks, tools, cell phones, gurneys, ice augers—where can these items go when your city upgrades, updates, and needs to clean out the garage? When the items aren’t in high demand and are outmoded for the industry, a new law allows local government to donate unneeded surplus property to one or more nonprofit organizations, effective Aug. 1, 2016.

Pros: The authority for cities to donate anything is very limited, so it’s somewhat a big deal that cities can give nonprofits unneeded public works, EMS and firefighting equipment, as well as old cell phones, simply because it doesn’t meet industry standards or has little to no resale value.

Cons: Well, more clarifications than cons. This law doesn’t allow donation of absolutely any personal property to absolutely anyone, and it does not authorize donation of money to anyone. (See Public Purpose Expenditures to see who may receive donations of money.) A caveat to all of this is that a city first needs a policy in place that determines what equipment will be “surplus” and how recipient nonprofits will be selected. The policy must also be clear about how the city will disclose that the equipment "may be defective and cannot be relied upon for safety purposes” and other things just to keep the attorneys happy.

League position: The League does not have a legislative policy concerning donations of surplus property, but the League generally supports local government having authority to support and improve its community. If a local nonprofit can put that old truck to good use, that’s for your city to decide.

Resource: Prior to Chapter 87 taking effect, the League of Minnesota Cities plans to have a model policy available that addresses the most basic requirements. Stay tuned!

This blog post conveys general information. It’s not legal advice. Please check with your city attorney before acting on this information.
Posted by MNCities Blog at 12:34 PM 2 comments:

Following the U.S. Census Bureau’s release of information indicating a drop in household income among black Minnesotans, the Minnesota State Demographic Center released a comprehensive survey on the economic status of all Minnesotans earlier this year.

What impacts are being seen in the state due to these disparities? And what does this mean for Minnesota cities? State Demographer Susan Brower took some time to talk about the results and impacts of the survey.

What did the study cover?
Our main focus was on economic disparity, and we also wanted to show what can contribute to those disparities. Transportation is one example, how easy is it to get to a job? How many cars are available? We wanted to find answers to the question: If someone’s not in the labor force, why? Do they have children they stay home with? Do they have a disability? The high rates of disability, particularly in Hmong, African-American, and Ojibwe populations were particularly surprising. All of these things contribute to income and the economic disparities we’re seeing.

Did you have expectations of what the results would look like? How did they compare with the actual results?
We get a lot of questions about specific racial and cultural groups in Minnesota, so doing this study had been on our minds for some time. We had some ideas about the results, because we’d looked into some of these things before, such as employment or home ownership for a particular group.

What this study did was to bring together the whole picture, rather than just the small pieces we had before. I think people will be surprised with a lot of the ranges in differences, not only between groups, but within certain groups.

There is a strong emphasis on analyzing 17 racial and cultural groups, rather than limiting the study to the five groups identified in the census. Why was it important to broaden the focus?
In the past, when racial groups were less diverse in MN, the five groups provided a pretty good picture of what Minnesota looked like. But as immigration patterns have changed, starting in the 1980's, these major race groups have less meaning. We wanted to show the variety of groups and how they have a unique history that contributes to what Minnesotans are now. This makes the results more meaningful.

The study illustrates disparities among the 17 groups. What impact are these disparities having economic growth in our cities and state?
I think that when we’re thinking about economic growth as a whole, we have to look at some information mentioned in the report, particularly projections for the labor force going forward. We won’t have much growth in the labor force in the coming years, so we need to see how we can help everyone reach their full potential. It’s clear when we look at this report that there is potential that we aren’t fully appreciating. This is a prolonged issue, and while it varies in different regions of the state, this is an issue we’re all facing.

How can cities act on this new information?
City officials can keep in mind what’s going on at their level and compare it to the state. We know that the growth in populations of color will continue in the future, we know the disparities are long-standing, and we know that labor force growth will slow. So that means that addressing these disparities will need to be approached multiple ways.

It might seem that racial and cultural disparities are concentrated in the Twin Cities metro area, but Mayor Emily Larson of Duluth spoke about disparities during her State of the City speech. How do these numbers impact Minnesota as a whole, beyond just the metro area?
Any area with a sizeable population of color will have some experience with these disparities and will recognize what’s in the report. These disparities and where diversity is growing is very uneven throughout the state. You’ll see one small town experiencing a lot of disparities, and you move fifteen miles away and the city there is not experiencing any at all. But, if there is to continue to be growth in our small cities, it will increasingly be from outside the state and the country. This is true for growth across the whole state. If we want to continue to grow, we need to look at this information, apply it to each city, and address these disparities.

You can take a deeper look at the disparities highlighted by this new survey during this recorded webinar.


Posted by MNCities Blog at 7:47 AM No comments:

Who Do We Appreciate? City Clerks!

It’s Municipal Clerks Appreciation Week, and clerks from across the state are sharpening their skills with continuing education at the Minnesota Municipal Clerks Institute. Kicking back and soaking in some praise? Just not a clerk's style when there's work to be done! League staff want to say THANK YOU to all Minnesota city clerks for the work you do to keep Minnesota cities operating at their best, and the time you put into your professional development that benefits all our members and city residents!

The 2016 Safety & Loss Control Workshops wrapped up at the end of last week. For more than a month, League staff traveled across the state providing hands-on safety training for a variety of city staff. See what's been spotted during the 2016 workshops.


What are some of your highlights from the 2016 Safety & Loss Control Workshops? Share in the comments below!