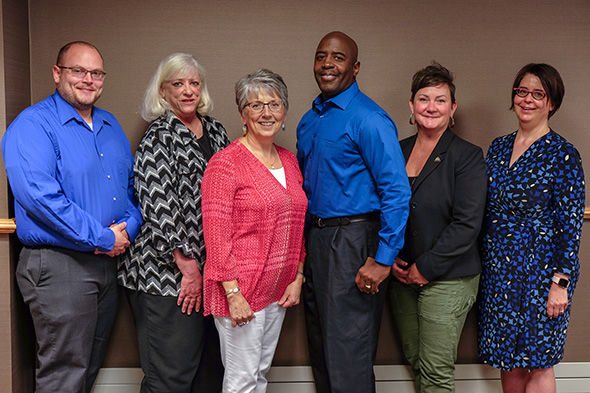 No summer doldrums here—the League welcomed fresh energy to the Board of Directors at the July board meeting. We're looking forward to the experience and talent that this class of directors will bring to leading Minnesota cities and the League organization over the next year and beyond!

The new Board members were elected during the membership’s business meeting at the League’s recent Annual Conference, held this year in St. Cloud. You can see the full LMC board lineup here.

Also at the July board meeting, outgoing president Jo Emerson, mayor of White Bear Lake, passed on the gavel to Heidi Omerza, councilmember from Ely. The League gives Jo our heartfelt thanks for her dedication and leadership. You can see a bit about Jo's work representing Minnesota cities and engaging youth in The Next Generation of City Leaders.


Photo credit goes to LMC staffers Danielle Cabot and Jeff Korte
Posted by MNCities Blog at 11:12 AM No comments: 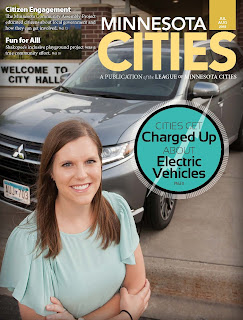 When it's time to cool off from these long summer days and power up with local gov ideas and info, www.mncities.org is the place you can check out (and share!) the July-Aug issue of Minnesota Cities magazine.

For this issue’s cover story, see how cities like St. Louis Park, Warren, Edina, Elk River, Pine City, and Red Wing are taking advantage of surging interest in electric cars in Cities Get Charged Up About Electric Vehicles.

When the city of Shakopee's new inclusive playground was complete, project partners realized they had built a play destination to be proud of as well as a stronger sense of community. Check it out in Ideas in Action: Fun for All! Shakopee Builds Inclusive Playground.

Dave Bartholomay, mayor of Circle Pines and program coordinator with the Office of Collaboration and Dispute Resolution, shares some of the lessons he's learned the hard way on keeping it civil and getting the job done in Interpersonal Communications—A Few Lessons for City Elected Officials.

It's not uncommon for city staff to wear more than one hat, and sometimes several! Review what should be considered in Letter of the Law: Compensating Employees Working More Than One Job.

And as always, check out From the Bench for summaries of recent court cases, St. Paul to City Hall for Executive Director David Unmacht’s five principles for good governance, and Two-Way Street to see how city officials from Jasper and Littlefork approach pet licensing.

Posted by MNCities Blog at 4:16 PM No comments:

On June 20, hundreds of city officials came to St. Cloud for Camp #MnCities—the League’s 2018 Annual Conference. Over the course of three days, campers discovered ideas during more than 20 educational sessions, created connections with other city officials as well as more than 100 vendors and League staff, and heard from inspiring speakers.

Look back at this year's conference, and share some of your own highlights in the comments below! 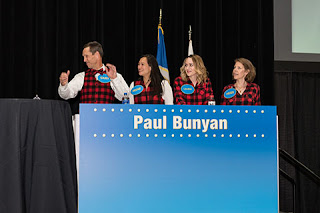 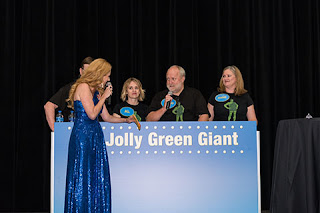 Autumn from Sassy Lassy Trivia & Events led the League's intergovernmental relations (IGR) team, plus League board members Mike Mornson and Heidi Omerza, with a fun quiz show exploring the ups and downs from the 2018 legislative session. 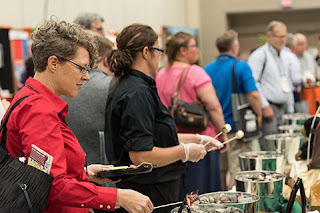 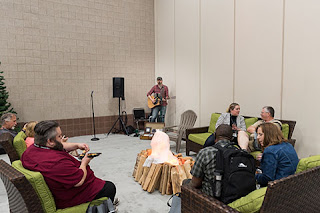 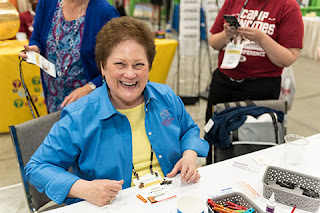 Camp #MnCities kicked off Wednesday evening in the exhibit hall. Campers made s'mores, enjoyed live music around the camp fire, made crafts, and took part in other camp activities as they connected with fellow city officials, vendors, and League staff. 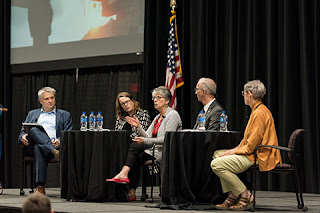 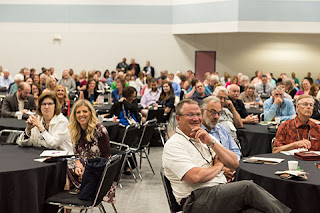 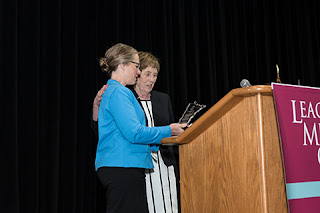 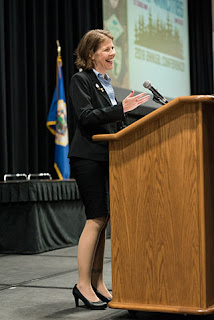 Every year, the League and city officials say good-bye to outgoing board members and welcome new ones during the LMC Luncheon & Annual Meeting. On Thursday, 2017-18 League Board President Jo Emerson congratulates outgoing Past President Rhonda Pownell (top), and new League board president Heidi Omerza addresses city officials for the first time in her presidency (bottom). 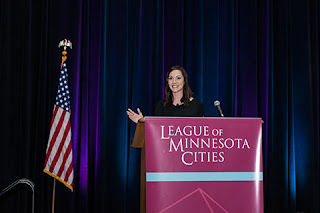 Fox 9 Anchor Amy Hockert emceed this year's brand-new awards show and dinner. The evening recognized the winners of the 2018 City of Excellence awards, cities advancing in the GreenStep Cities program as well as the 2018 Sustainability Award, and the 2018 James F. Miller and C.C. Ludwig leadership awards. 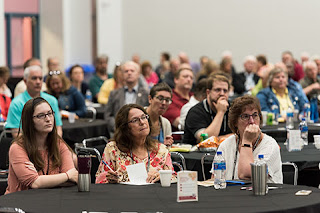 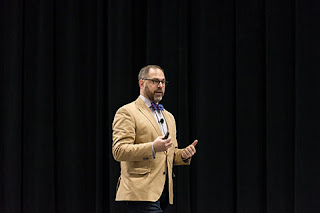 Campers took notes during the closing session on Friday morning as keynote speaker Paul Schmitz. Paul engaged the crowd as he explored how communities can grow stronger through meaningful engagement and collaboration.

Already excited for the 2019 Annual Conference? Share your ideas for next year during an annual conference focus group this fall. Contact Laura Harris at lharris@lmc.org by August 1 to take part.

Posted by MNCities Blog at 7:07 AM No comments: