Research Q of the Week: Organized Ordinances and Codification (7/10/15) 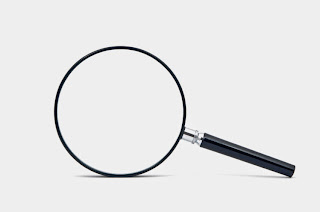 Question: The city’s ordinances are in complete disarray. I always have trouble finding the ordinance I’m looking for, and I never know whether the one I find is the most current version. What can the city do to organize its ordinances?

Answer: Have you considered codifying your city ordinances? Codification is the process of organizing a city’s ordinances into an easy-to-use reference book called a city code. It involves removing repealed and obsolete ordinances, editing for proper grammar, consistency and clarity, and a legal review to eliminate conflicts between ordinances and state and federal laws.

A well-drafted city code helps keep a city's operations humming because all current ordinances on a given subject are grouped together under one title or chapter of the code. Because outdated or unlawful ordinances are removed, the chance that the city will enforce an invalid ordinance is nixed.

The result is one easy to use body of current, enforceable law. I bet that sounds pretty dreamy right now, huh?

So how does one go about this quest for organized ordinances?

American Legal Publishing also offers a Basic Code of Ordinances designed for Minnesota cities with populations under 500. The Basic Code of Ordinances can be adopted as the new city code in place of, or in addition to, the city’s existing ordinances. It covers a wide variety of subjects and is an economic alternative for cities that lack the funds for a custom-built code. It is used by over 100 Minnesota cities.

Written by James Monge. He really does think organized ordinances are dreamy—like a tropical island. Or a unicorn. Contact the League's Research and Information Service staff by emailing research@lmc.org, or by calling (651) 281-1200 or (800) 925-1122.


This blog post conveys general information. It’s not legal advice. Please check with your city attorney before acting on this information.
Posted by MNCities Blog at 12:53 PM