Housing Is Local: Undermining Local Authority Is Not a Solution (post #1 of 2)

This is Post #1 of a series. Read Post #2 "Do the Math — Preemption Arguments Are Based on Incomplete Research" here

Minnesota cities often have strong partnerships with residential developers when it comes to supplying housing that fits community needs. Over the past few years, that partnership has been strained by a trade association that continues to blame cities for a scarcity of more affordable housing in cities across the state.

The trade association, Housing First Minnesota, formed an advocacy organization in 2018 called the Housing Affordability Institute (formerly known as their Legal Defense Fund) that has compiled and distributed flawed reports omitting key data points and overstating the impact of city requirements and development fees on housing costs. Those reports are contributing to confused dialogue and misinformed legislative action designed to preempt local control over city planning and zoning decisions and development-related fees. 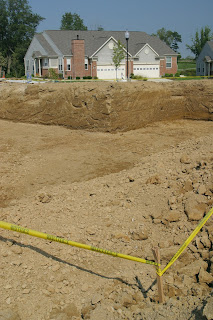 For example, Housing First reported that cities are the highest driver of home costs claiming that one-third of a new home’s price is due to regulations and policies. However, city analysis shows that only 3%-7% of the cost of a new home can be attributed to city fees that are collected to support critical infrastructure and to ensure a home is built safe and built to last. Indeed, the trade association’s own analysis shows the highest cost drivers are labor and materials at 48-55% of a home’s price, not local government fees and regulations. Furthermore, according to their own research, 20%-23% of home costs are due to builder profits and administrative costs.

Consistent with the paper’s misleading analysis, one of its home comparison case studies even included the cost for a private pool as a “park and green space fee/other open space” fee. This pool was 58% of the “green space fees” the city supposedly required in that example.

While cities are only collecting 3%-7% for city development-related fees, Housing First accuses Minnesota cities of making money on these fees. The reality is from 2009 through 2018, cities statewide lost $244 million in their collection of development and building permit fees. Housing First examined a shorter timeframe and only looked at one category of fees and expenses (building permits) instead of all reported fees and expenses – despite having access to the same information as League researchers. Housing First is using that omission to advance an incorrect narrative.

There are numerous other errors and inaccuracies to note. Taken together, we can conclude that city regulations are not the largest drivers of housing costs: instead labor, materials, and land are. 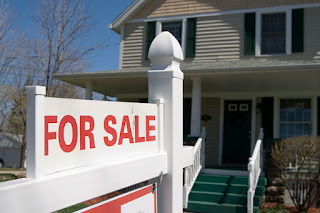 Fast forward to this past summer, the Star Tribune published an article about today’s zoning and drew comparisons to the historic and harmful practice of redlining used to discriminate against people of color and low-income populations. The Star Tribune research has provided helpful data to dive deep into conversations on housing, but the League has analyzed this data and found necessary information is missing from this conversation (see the next post in this two-post series for details). Despite these issues, the Star Tribune and Housing First reports continue to be publicly referenced by those supporting preemption measures affecting current city zoning authority.

Motivated by service, not profit

Cities know there isn’t a one-size-fits-all approach that effectively addresses housing needs in our state.

Development fees are necessary to cover the city’s costs related to the review, approval, and inspection of the development. Those costs include significant time of many highly trained municipal professionals, including those working in the areas of administration, planning, community development, engineering, and fire prevention among others.

Unlike private developers, cities are motivated by service goals to ensure the health, safety, and welfare of their residents — not financial profits. The safety and well-being of residents are top priorities. Cities work with developers to ensure improvements like new streets, sidewalks, trails, sewer, water lines, and stormwater systems are safe and in good working condition, and the development project is consistent with the standards of existing properties.

In addition to ensuring homes are built right and critical infrastructure is in place to support residential development, city zoning regulates the kinds of uses a property may be used for — typically residential, commercial, industrial, and agricultural uses. This prevents overlapping incompatible uses, like having a home next door to a factory. Zoning decisions are best made by city officials and the residents who elect them.

The League of Minnesota Cities will continue working with cities to:

3. Utilize incentives instead of mandates.

4. Partner with the state to create community-specific solutions throughout Minnesota.

The League will also continue to oppose one-size-fits-all legislative proposals that would expand developer profits without effectively addressing the issue of housing.

View the League's other housing and development resources

Next in series: A closer look at the Star Tribune analysis