This is the first in a series of City Spot blog posts dedicated to stories of cities that are solving problems by putting ideas into action. You can read more Ideas in Action in Minnesota Cities magazine. 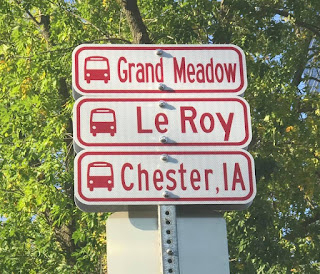 Since 1999, residents of the city of LeRoy, located 40 miles south of Rochester, could stay connected to the economic hub using Rochester City Lines. But when the service discontinued service to LeRoy (pronounced LEE-roy) in 2014, the need for transportation did not.

In the months after the service stopped, a group of employees who lived in LeRoy and worked at the Mayo Clinic organized a carpool to satisfy their transportation needs. Axel Gumbel, member of the LeRoy Economic Development Authority (EDA), was a driver for the carpool and says they were making the arrangement work until financial issues developed in summer 2015.

After what Gumbel describes as “a year’s worth of intense discussion,” the city saw an opportunity to act. The LeRoy EDA approached bus companies about the possibility of resuming routes to LeRoy. When this didn’t work, the city turned its attention to buying a bus and operating a service.

The city purchased a used, 31-passenger bus from Minnesota Coaches to get started. After factors including insurance, hiring drivers, and promotional materials were in order, LeRoy City Lines launched on Dec. 1, 2016. The city owns the service and the EDA operates it.

Gumbel says LeRoy’s service “copied exactly what people had been used to with Rochester City Lines.” The service departs from LeRoy, travels north to Grand Meadow, ending in downtown Rochester.

Mayo Clinic decided to subsidize a portion of the fare passes for employees who used the service, ensuring its initial success. Regular fares for the service are $10 per one-way ride, $86 for a 10-ride pass, and $219 for a monthly pass.

Weekday ridership to Rochester grew, prompting the EDA to purchase a 23-passenger, handicap accessible bus. Gumbel stresses that LeRoy Cities Lines is a resource for the entire region—not just the city. “Once we got it going, we weren’t shy about sharing it with everyone,” he says. 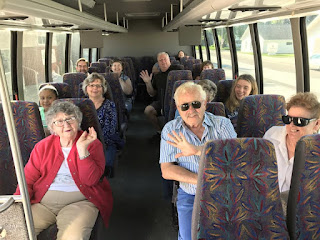 One thing that helps the service is its willingness to try new things. Gumbel says LeRoy City Lines is “doing things Rochester City Lines never considered,” such as expanding routes beyond state borders.

LeRoy City Lines also began offering a charter service and saw unexpectedly high demand for events such as weddings, church retreats, and school trips. To accommodate the new charter service, the city added a third, 32-passenger bus to the fleet.

The service is also dabbling in providing medical transportation. Gumbel says they are still working out some challenges, so the service is offered upon request and not advertised as a regular offering.

Putting in the hard work
The entire initiative is self-funded. Gumbel and his colleague Craig Jacobson, president of the EDA, spearheaded the initiative and volunteer their time to LeRoy City Lines while also working fulltime jobs. To keep the operation running smoothly, Gumbel says, “We essentially have to run like a business.”

Like any business, there were challenges throughout the process of creating LeRoy City Lines. In hindsight, Gumbel said he wishes the EDA would have initially put more money into vehicles. The original three buses purchased worked well for the first five months, then repair bills started to pile up. The city eventually bought two replacement buses and now keeps the original 31-passenger bus as a back-up. 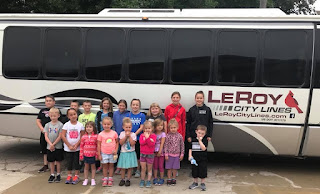 Despite the setbacks, LeRoy City Lines is motoring ahead. In its first year, they saw consistent ridership and demand for its various services. City Clerk Patty White is the administrative official for the city, and says LeRoy City Lines is playing an important role in promoting the city. “This has been one of the best public relations items the city and EDA have ever done,” White says. “I look forward to seeing LeRoy City Lines continue to grow.”

Advice for other cities
Gumbel advises other cities considering tackling public transportation to invest in quality vehicles and to spend time on the business logistics and customer service. Gumbel emphasizes that formal education on the topic is not required, so long as cities have the right mix of skills and the “drive” to take on the issue.


Written by LMC Intern McKayla Collins
Posted by MNCities Blog at 8:00 AM