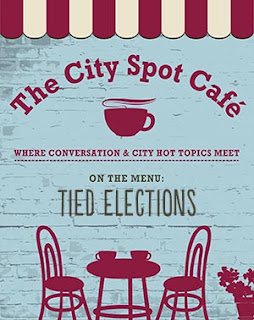 What you need to know right now about tied city elections, served up by the LMC Research and Information Service team.

Definition: When an election results in a tie, state law requires the canvassing board to declare the winner of the tie “by lot.”

Plain-language explanation: “By lot” means determining the winner of a tie by any game of chance in which both candidates have an equal chance of winning—like flipping a coin or drawing straws. Some cities decided the winner on one toss; whereas, some require a showing of best out of five. Sometimes an additional game of chance is used to pick what type of coin to use, with an election official pulling a quarter or a silver dollar out of hat.

Although seemingly one of the weirder traditions of American democracy, deciding “by lot” is a commonly accepted practice across the country. The roots of election by lottery stretch back to ancient Athens and, at very least, present a better choice than having a duel between the candidates.

In the news: The 2016 elections had no shortage of tied elections. By far, the coin toss represented the most popular method of breaking a tie, with heads-or-tails determining elections in a number of communities, including (but likely not limited to) Thief River Falls, Menahga, Breezy Point and Lake Lillian. Beaver Bay took a more unique approach this year and drew cards, with the highest card winning. Some communities get more creative and, in one past election, the winner won a tie election by drawing a designated game piece out of a bag.

Pros: Most cannot dispute that deciding a winner “by lots” gives both sides an equal chance (thus making it fair) and represents an efficient and fast decision-making process. Other alternatives may involve bias (like allowing an election official to make the decision) or cause great expense (like organizing a special election).

Cons: When an outcome of a blind chance game has great import, like an election, some believe that the mere use of randomness is undemocratic, since it means an elected official won for no reason other than mere chance. Many have trouble rationalizing that the months of campaigning could come down to blind chance.

League position: The League recognizes that state law dictates the process for breaking ties “by lot.” Any different approach to breaking ties would need to come from the Legislature.

This information has been compiled by, Pamela Whitmore, staff attorney with the League of Minnesota Cities. Contact: Email Pam at pwhitmore@lmc.org or call her at 651-281-1224.