Your Roadmap to the November-December Issue of Minnesota Cities Mag 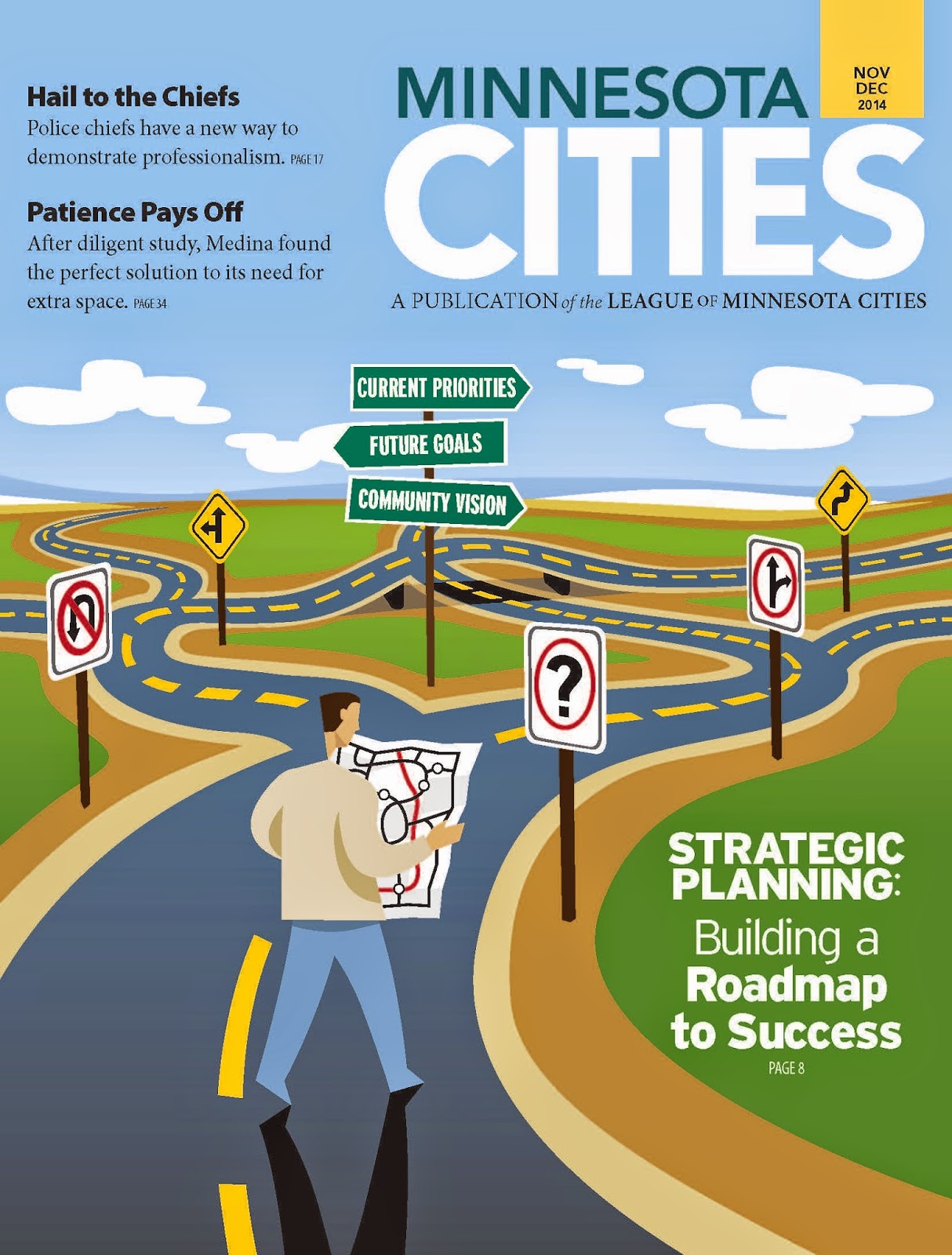 The November-December issue of Minnesota Cities magazine mailed last week to subscribers, and is
available online now. Here’s a quick tour of what’s inside:

If strategic planning sounds like a “kumbaya” exercise to you—think again. Minnesota cities are using these flexible roadmaps to turn ideas into reality and to focus staff and elected officials on the priorities at hand. Get started on the road to better government with Strategic Planning—Building a Roadmap to Success. WEB EXTRA ALERT: You can view the strategic plans for the cities of Carver and Hopkins in The Results: Strategic Plan Documents.

St. Paul Mayor Chris Coleman is wrapping up his one-year term as president of the National League of Cities. As fearless leader, it was Coleman’s role to lead on city issues at the national level, specifically, NLC’s three main priorities for 2014: passing immigration reform law, preserving the tax exemption on municipal bonds, and establishing a sales tax for Internet commerce. Coleman also added a personal touch to his term by prioritizing Minnesota values like outdoor recreation for kids. See more about Coleman’s presidential term in Mayor Coleman’s Year as NLC President.


The City of Medina had a 1970s-era pole barn posing as a public works facility and a growing population. Hmm. When something had to give in 2007, the city began down a winding road to find a project that fit the budget and garnered community buy-in. It took five years, but the city struck upon a retrofit opportunity that allowed for an honest-to-goodness public works facility as well as an expansion of City Hall and the Police Department. Oh yeah. Find out what happened to the pole barn in Ideas in Action: Medina’s Space Expansion Success.

As always, columns such as From the Bench (summaries of recent court cases that may affect Minnesota cities), Two-Way Street (staff from Red Wing and New Ulm discuss youth curfews), and Bits & Briefs (quick-hit news and info from the municipal world and beyond) are ready for your reading enjoyment.