Snapshots: League Women Past and Present

The role that women have played in League history has evolved just as quickly as their roles in the communities they serve. And while it's easy to see the contributions of women to municipal government today, you have to dig a little deeper to get the story from past decades.
From the peripheral “women’s programs” at our earliest annual conferences to today’s leaders including League President Betsy Hodges, women have come a long way. And while great strides have been made, the journey is far from over.


A few notable snapshots in time: 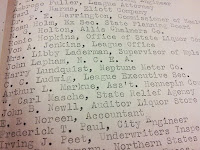 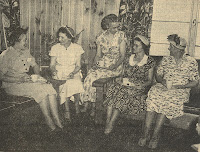 1930s-1972
The spouses of city officials are entertained for a portion of annual conferences in a separate League program while the men attend workshops focused on city business. Generally, conference host cities pull out all the stops when planning. Highlights include fashion shows, golf outings, country club luncheons, a gift-wrapping demonstration at 3M, and a tour of the Betty Crocker Kitchens at General Mills. Yum. 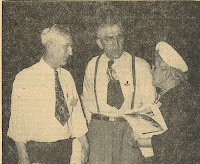 1950
Miss Marie Peisenger, the first female city councilmember of Northfield, presents at that year’s annual conference on a panel discussion entitled, "Refuse Collection and Disposal Practice." She is one of a handful of women in attendance. According to the Willmar Daily Tribune, Peisenger was also the first woman on the State Board of Pharmacy (she was a pharmacist and owned a pharmacy/gift shop). 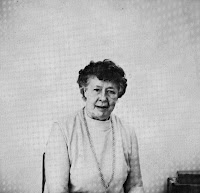 1940s-1975
Bernice “Bea” Fairfax starts working for the League as a typist and rises to become office manager and secretary to three executive directors: C.C. Ludwig, Orville Peterson, and Dean Lund. You know the saying, “Behind every great man, there’s a great woman.”

1958
Joyce Joyner, mayor of Osseo, is named the first woman elected to the League’s executive board. Her sons, Albert (left) and Orlyn (right), serve as clerk and planning commissioner, respectively, for Brooklyn Park. 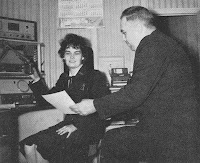 1961
Police Chief Robert McLane of Willmar steps up at the League’s Annual Convention to advocate for hiring women into light police work. Women were already finding success in commerce, law and medicine, but had not been widely accepted in law enforcement. McLane said his female employees had excellent attendance and worked with the public in a polite manner. They also eliminated the need to call an officer’s wife when a woman was arrested.

1977
Meg Bye is named the first female president of the League’s board. Following her term, 13 women have served in the position over the past 33 years.

The role of women in government continues to grow, as reflected in League staff and membership (check out our March 6 post for a few nifty statistics). What do you think is on the horizon for future generations of women in government? Let us know in the comments.
Posted by MNCities Blog at 10:00 AM