All signs point to a successful first day at the League of Minnesota Cities Annual Conference! City officials from around the state arrived in Rochester for pre-conference workshops, a tour of development in Rochester, opening keynote speakers from The Second City Works, and more. Some highlights: 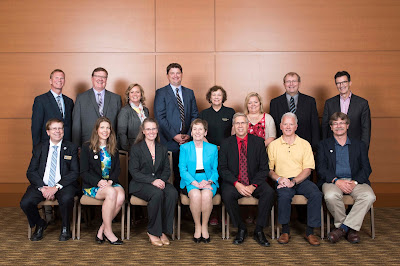 Before the Annual Conference kicked off, the 2016-17 LMC Board of Directors met to take care of some League business and pose for a group photo. (Photo credit Todd Myra Photography) 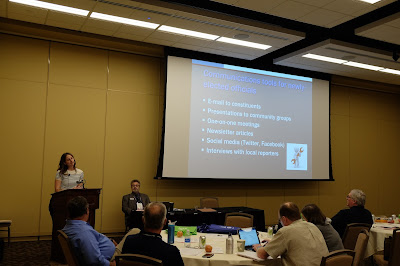 What are key tools city officials can use to communicate with their communities? League communications staffer Danielle Cabot reviewed the pros and cons of different ways to reach out to their constituents with newly elected officials during Wednesday’s advance training pre-conference. (Photo credit LMC staffer Jenna Kramer) 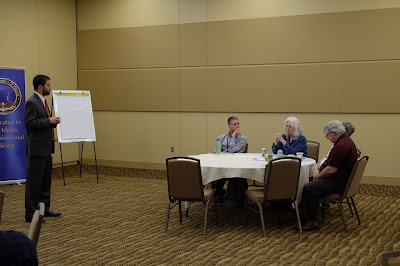 Big Lake City Administrator Clay Wilfahrt fielded questions during the "21st Century Policing Challenges" pre-conference workshop. His advice when working with people who have different methods of approaching a project? “Find points of common ground you can move forward on, because that’s where you build trust.”(Photo credit LMC staffer Jenna Kramer) 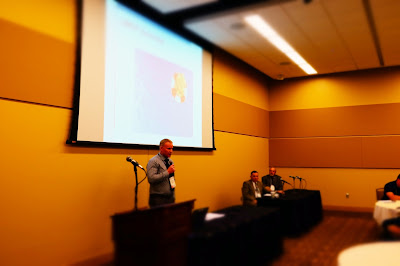 Just what does the League of Minnesota Cities Insurance Trust do? Underwriting Manager Liam Biever reviewed the basics of LMCIT with city clerks from around the state during the 2017 Clerks' Orientation Conference, which is happening in conjunction with the Annual Conference this year. (Photo credit LMC staffer Jenna Kramer) 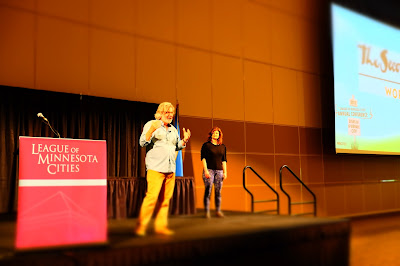 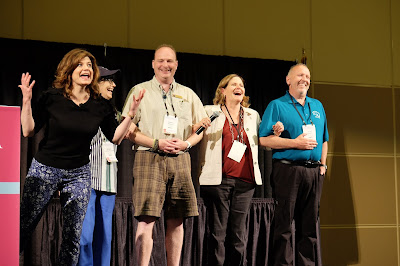 "The more we make someone else look good, the better leaders we are.” City officials joined Kelly Leonard and Robyn Scott to show how listening to our colleagues and working together to build ideas create better leaders. (Photo credit LMC staffer Jenna Kramer) 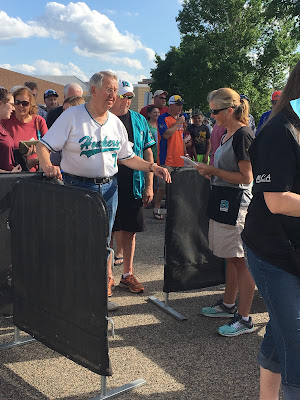 
Are you enjoying this year's conference in Rochester? Share your own highlights in the comments below!