The Amdahl Award recognizes public attorneys who go above and beyond the call of duty, and anyone who knew Grundhoefer would attest that he fit this description to a T.

Grundhoefer—affectionately referred to as just “Tom G.” around the League—first was hired as a research assistant for the League in 1980 while he was a student at William Mitchell College of Law. From 1982 to 1986, he worked in private practice before returning to the League as a staff attorney. In 1996, he was promoted to general counsel of LMC and the League of Minnesota Cities Insurance Trust. He was also a leader in the city attorney community and served as counsel to the Minnesota City Attorneys Association and on the board of directors for the International Municipal Lawyers Association.

Grundhoefer’s four decades of public service came to a close after he unexpectedly died in February. But the lasting impression he had on those around him and his legacy of unfaltering service will live on in the public attorney and local government communities.

Grundhoefer’s colleagues included the following in their nomination letter:


“Whoever you were, whoever you represented, or whatever title or position you had or didn’t have, you left Tom’s presence feeling listened to and respected. Feeling ‘served.’” They went on to say, “Tom’s commitment to serve others stands out as a shining example of a public law career well served—a government lawyer to emulate.” 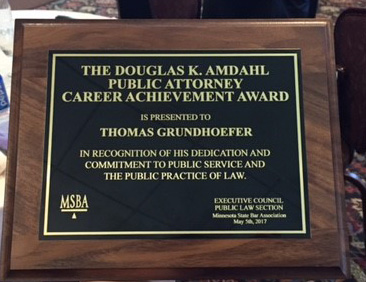 Posted by MNCities Blog at 2:40 PM No comments:

Why LMC Board Members Decided to Serve MN Cities—And How You Can, Too

Not only do members of the League of Minnesota Cities Board of Directors love their own cities, but they also take pride in lending a hand to all member cities around the state—large, small, north, south, you name it.

Being on the LMC Board gives them an opportunity to give back to the local government community, and you have the chance to help lead Minnesota cities and the League now, too!

LMC board members come from different backgrounds and community sizes, but they all agree on one thing: they value their role on LMC's Board of Directors.

The League is now accepting applications from city officials who also want to lead Minnesota local governments to success by taking on the board's responsibilities to prepare cities and the League for the future.

Applications are due May 26, so check out more information about the selection process, and see what prompted a few of the League’s current board members to bid for a seat on the LMC Board of Directors:

The League’s board members know that their own cities benefit when all Minnesota cities—from Baudette to Bloomington—work together to strengthen the entire state and make sure all Minnesota voices are heard. Remember, applications are due May 26, and candidates will be interviewed by a Nominating Committee on June 14 at the Annual Conference in Rochester.
Posted by MNCities Blog at 11:43 AM No comments:

Municipal Clerks Week is coming to a close and League staff want to say THANK YOU to all Minnesota city clerks for the work you do to keep cities operating at their best. Your dedication benefits everyone who lives, works, and plays in Minnesota. 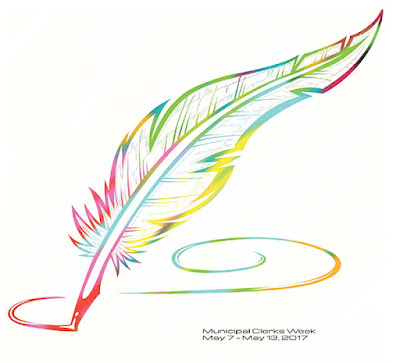 If you're not familiar with the work of city clerks in Minnesota, here are just a few of the duties that clerks may perform in Minnesota cities:


... And of course, in many Minnesota cities the clerk is the primary administrator!

That kind of to-do list makes being a city clerk both a rewarding career and a big responsibility. So again, we want to say "thank you" for your work, this week and every week of the year. We see the difference you make in your communities every day.
Posted by MNCities Blog at 1:24 PM No comments: 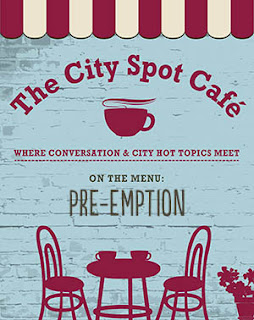 What you need to know about pre-emption right now, served up by the LMC Research and Information Service team.

Definition: State law “pre-empts” local decision-making authority either by saying so in the language of the statute, or when the Legislature has “occupied the field” of that subject.

Plain language explanation: In areas of law where local authority has been pre-empted, the local authority cannot enact or enforce ordinances or regulations related to that topic, and the state is calling the shots. Any local laws that are inconsistent with state law in these areas are void.

There are two main methods of pre-emption:

1. A law may state outright that it is pre-empting local decision-making. Example: the Legislature explicitly pre-empts local authority to regulate firearms.

In the news: State lawmakers around the country and here in Minnesota have announced plans to restrict city authority in a variety of policy areas ranging from employment (like sick time offerings)—to public health and environmental matters like plastic bag bans and even drilling of private wells.

Pros: In some situations, the Legislature pre-empting city authority makes sense. One example is driver and vehicle licensure, where the state occupies the field. From the perspective of a city, having the state take on vehicle registration, licensing of drivers, and other related matters is a good idea. Cities would face huge costs handling that kind of paperwork across jurisdictions, and the state is better equipped to handle those tasks.

Cons: In other areas, pre-emption can tie the hands of cities who want to tailor their ordinances to the needs of their communities and instead, it can result in one-size-fits-all requirements that are imposed from the top-down. Local elected officials live in their communities and have close contact with their constituents, which means certain subjects are best left to local officials. Cities have also been known to come up with some pretty smart ideas. Policy innovation allowed to happen at the local level has resulted in statewide benefit later.

League Position: The League is in favor of ensuring continued local control over issues impacting cities, and all the positives that result from respecting Minnesota’s healthy city-state partnership.

Resource: For further information on the League’s legislative priorities, please see the 2017 City Policies and the League’s local authority advocacy toolkit.
Posted by MNCities Blog at 8:00 AM No comments: