Do you know why some cities require licenses for dogs? Or what kind of jobs are done by a city's public works department?

Learn the answers to these and other examples of "meaningful municipal minutiae" by visiting the League's Cities Matter booth in the Education Building at the Minnesota State Fair (Aug. 21 - Sept. 1), and playing the interactive "Cities Matter Game Show." 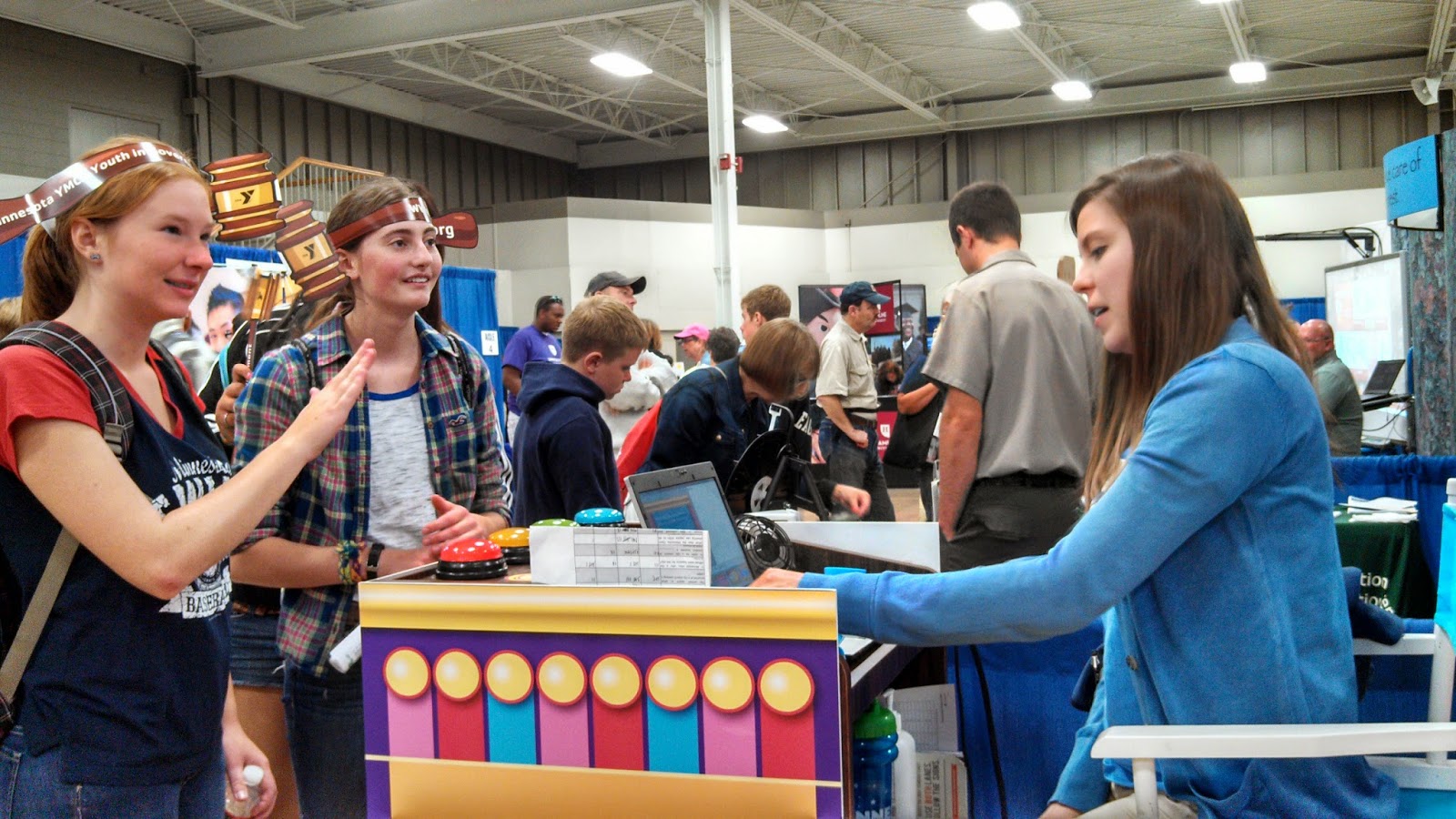 Test your knowledge of Minnesota cities and city governments and win valuable (sort of) prizes, while impressing friends and family members with your perceptive prowess.

Minnesota students entering grades 4-6 will also have the chance to compete in the League's annual "Mayor For A Day" essay contest  by picking up an entry form at the booth, or by printing a form from the League's website. The deadline to submit an essay is Oct. 15.

So don't forget to add the "Cities Matter Game Show" booth to your fair-going agenda. It's more fun than a bag of deep-fried walleye-flavored chocolate-covered doughnuts-on-a-stick.

Posted by MNCities Blog at 5:40 PM